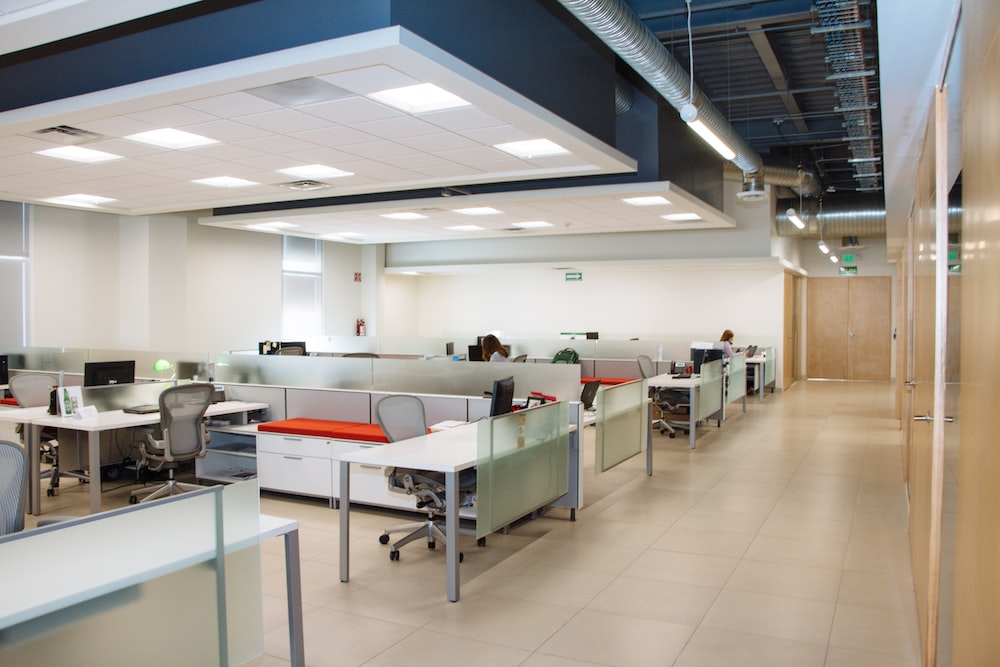 It seems easier than ever for employees to work together. Cubicles are being replaced by open, flexible, activity-based spaces that put the focus on each person. Messages are replacing phone calls, which makes them easier to get. People are getting closer together as business social media tools like Slack and Microsoft Teams replace conversations around the water cooler. Virtual meetings are replacing in-person meetings because tools like Zoom, GoToMeeting, and Webex make sure that everyone is always there. Since lighting and ventilation technology made it possible to have large office buildings, the architecture of collaboration hasn’t changed as quickly, and some might say it’s never been more effective. It has never been easier to create workspaces that make it easy for two or more people to talk to each other. This is sometimes called collaboration.

Open-plan office designs have been used by clients and office designers for a long time. A lot of research shows that either they are wrong or they are putting expenses first. Even though there is no generally agreed-upon definition of a “open office,” it is thought to be different from an office with cubicles in that there is no or very little physical separation between employees. After the recession of 2008, there was a big jump in office jobs, and open-plan offices became more popular as a way to save money. So, open-plan workstations allow for better use of space, less money spent on real estate, and more social interaction and communication. Even though open-plan workstations have some benefits, they also have some drawbacks, such as a noisy and distracting environment and, more recently, a possible health risk. As COVID-19 spreads and people are told to keep their distance from each other, office workers want to go back to traditional workplaces and private rooms. Many companies have regular offices, but some employees may work from home or in a different location.

Productivity? Early supporters of the open plan workplace thought that (perceived) increases in employee happiness, easier teamwork, and a boost to the creative process would increase productivity and, of course, profits.

Even though companies and CEOs like open-plan offices, employees are not always happy with them. Less physical barriers may make it easier to talk and work as a team, but it may also be easier to get distracted, lose focus, or feel overwhelmed.

After Google remodeled their corporate headquarters in 2005, open-plan offices became more popular. Since then, many businesses have used it as a model. Businesses got rid of cubicles and redesigned their offices to be as innovative as Google, or at least to make it look that way. In 2015, Facebook built the world’s largest open-plan floor, with space for 2,800 employees on 10 acres. This was in line with this trend.

The open office design makes it easier for people to work together and come up with new ideas. It also makes the company culture more positive. The ability to move around a space based on what is going on is another big benefit of an open plan office.

Open-plan office layouts were first thought of in the 1950s, and they were at their most popular in the early 1970s, when many companies switched from their old layouts to these. Since the 1970s, many studies have been done on the design of open-plan workplaces.

What are the benefits of open offices?

When employees work in an open environment, they are more likely to work together and share ideas. Even if you’re not actively networking, talking with coworkers who like the same things you do and exchanging ideas is a great way to get creative and make it more likely that you’ll work together.

The idea behind open offices was to make it easier for employees to talk to each other and share ideas. However, studies have shown that most employees don’t like them and are less productive as a result.

Why do workers like closed offices better than open ones?

Traditional workstations are more practical and give employees more attention. If your company prefers that employees work alone, this also helps them focus better throughout the day.

Frank Taylor, a mechanical engineer, came up with the “Taylorism” ideas that were used in these early open-plan workplaces to try to increase industrial output.

What are the pros of OpenOffice?

Open offices and cubicles cost less than private offices and cubicles. With low costs, you can make sure that each employee has the space and tools they need to do business. Think about how much money you can save if you don’t have to buy big desks and walls for each person.

Why does it save money to switch to OpenOffice?

What do Open Office Plans do for you? Office designers like open floor plans because 1) they use less space, which lowers rental costs, and 2) they make it easier for people to talk to each other and work as a team. There’s no question that open floor plans need less space on the floor.

The value for money of open-plan offices

Companies can spend less on shared IT resources like copiers, printers, and scanners because employees use large workstations in open offices. In a nutshell, it costs less to set up and run open-plan offices than cubicle-style workplaces.

What are the pros and cons of offices with open floor plans?

Also, an open floor plan makes it easier to adapt to the changing needs of employees. On the other hand, when a lot of people talk to each other every day in an open office, it can be hard for people to work and do business because of the noise and distractions.

What are the pros and cons of open offices vs. closed offices?

When it comes to building costs and ongoing maintenance, an open office is cheaper than a closed office. An open floor plan will save money on electricity, heating, cooling, and office equipment because it makes it easier for people to share resources and improves airflow.

Is it better to have an open office plan?

What does it mean to have an open office?

An open office, also called an open-plan office, is a place to work where there are no walls or smaller offices. Many companies around the world use these kinds of work settings because their main goal is to get employees to talk to each other.