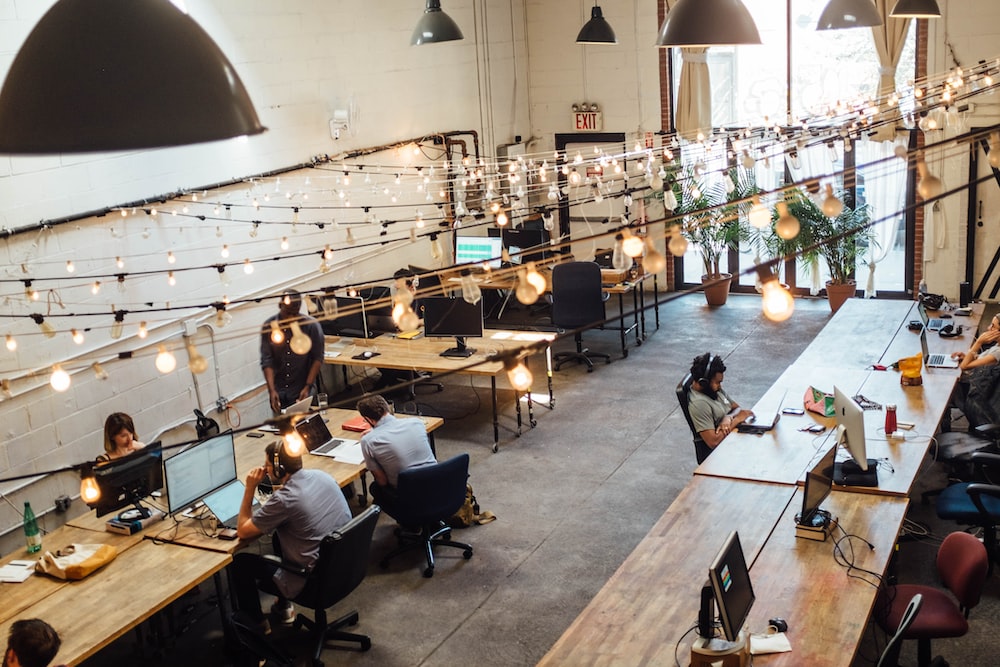 One drawback is that walls and small spaces at work can make physical and mental barriers. Barriers can make people feel separate, which can stop them from getting involved and working together. It is harder to create a feeling of “togetherness” in a small space than in a large one. In this case, glass walls are a great way to keep the design from looking too closed off.

Can’t decide between an open office and a closed office for your small office fitout? The truth is that every style has its own set of pros and cons. You should be able to make your office space fit your needs. We’re here to end the debate and help you decide which office design is best for your business.

Open-plan spaces with few or no walls can make it hard to concentrate because they can be noisy and disorganized. This is especially hard if you work in a call center or sales department because it’s hard to be creative when all you can hear are other people’s phone calls.

Each employee can keep a pair of headphones at their desk, and businesses can even offer a program or app that lets people download soothing music or guided meditations to listen to while they work. Ambient noise is also a great choice, and many places now have green settings with water features that make a soothing background hum. And yes, you can buy office furniture that blocks out noise. Some examples of these are filing cabinets, office furniture, couches, lounge chairs, and wall partitions that control the acoustics in offices to block out sound.

Even though open-plan offices look like they don’t have any structure, they are made that way on purpose to make it easier for people to talk to each other while still keeping some privacy and designated areas. But privacy is usually kept to a minimum in open-plan offices with low cubicles or barriers that separate some work spaces. The main idea or goal is to get people to talk to each other and stop them from staying in their own environments, which makes it hard to work together.

For a long time, there has been a lot of talk about whether an open or closed office is better. The coronavirus outbreak, which caused thousands of workers around the world to leave their desks and offices in favor of working from home or remotely, has helped to derail the argument.

What is a bad thing about an open office?

Most people who work in an open-plan office complain about how loud it is. Some employees may find it hard to take phone calls if the office is noisy or if they are easily distracted.

What are the problems with having a landscape office?

What’s wrong with having a small office?

Small offices have some problems There is no work division or specialization. There is little or no care for employees. Most of the time, not enough office supplies like photocopiers and telex machines are given. The worker might not be able to move up in his job.

What are the good and bad things about it?

A disadvantage is a flaw or something you don’t want; it’s a con. On the other hand, an advantage is any event, opportunity, or strategy that makes it easier to succeed or reach a goal.

What are the bad things about working in a cubicle?

But there are some problems with cubicles. Most of the time, more people work in an open office per square foot than in a cubicled office. Another downside is that companies where people work alone in cubicles for most of the day may have a lower sense of teamwork.

What are the bad things about the scenery?

Environmental Effects Exotic plants usually need more care, which costs more money and takes up more resources. Some non-native plants are considered invasive because they could take over an area and kill animals and plants that live there. If too many pesticides are used in landscaping, the groundwater could be harmed.

What are the problems with offices that are closed off?

With a closed office layout, employees have their own space, which they may sometimes misuse. This could make the staff less productive. Because of this, employees may be less productive, which could hurt how the business runs.

What are the benefits of office layouts?

A good layout at work makes employees happier because it makes it easier for them to do their jobs. When the structure makes it less important to do the same tasks or jobs over and over again to reach shared goals, employees feel like they’ve done more. This makes them feel better about their jobs in general.

What are the pros and cons of open offices vs. closed offices?

When it comes to building costs and ongoing maintenance, an open office is cheaper than a closed office. An open floor plan will save money on electricity, heating, cooling, and office equipment because it makes it easier for people to share resources and improves airflow.

What are some bad things about something?

A disadvantage is a bad situation or something that puts someone in a situation they don’t want to be in. Not being able to play baseball is a bad thing. One bad thing is that a baseball team’s best player might get hurt and have to sit out.

What are the bad things about making plans?

Planning tends to make people in charge stiff. Planning means making policies, methods, and plans ahead of time and sticking to them as closely as possible at all times. There is no room for being different.

What is Open Office used for?

It can read and write files from other common office software, and it stores all of your data in a format that is open and used around the world. It can be downloaded and used for anything for free.

What does it mean to have a “open office”?

People can see each other in an open office, which is the opposite of how cubicles are set up. This makes it more likely that people will have spontaneous brainstorming sessions and share ideas. Most of the time, everyone on staff works in an open area with office supplies and other resources.